This post contains spoilers for Lost Mines of Phandelver. It is intended to be read by players in Caleb's Quarantine D&D game as refreshers of previous games.

"Lost Mines of Phandelver", "Dungeons & Dragons", and some other names are trademarks or copyright Wizards of the Coast LLC.

Here we read from the private diary of Duke Rutledge, the entry dated 22 Ches 1488:

After the battle in the Twin Pools Cavern, we engaged a larger group of goblins. These goblins are attacking shipments destined for Phandalin, and they have waylaid our employer, Gundren, and the knight who I believe will assist me in bringing civilization to Phandalin, Sildar. They must be stopped.

It promised to be a glorious battle, and we had brought down three of the five goblins when their leader put a knife to Sildar’s throat and insisted on a truce, else he would kill his captive. The leader, called Yeemik, offered us fifteen gold pieces and Sildar’s freedom if we would kill his boss, Klaarg. We suspected that he was lying, and that would prove to be right when we brought him Klaarg’s head and rather than giving us 15 gold, he tried to extort us for the same! Luckily Lirazel had the presence of mind to point out that we were holding a bugbear’s head, and Yeemik was not nearly as capable as a bugbear. 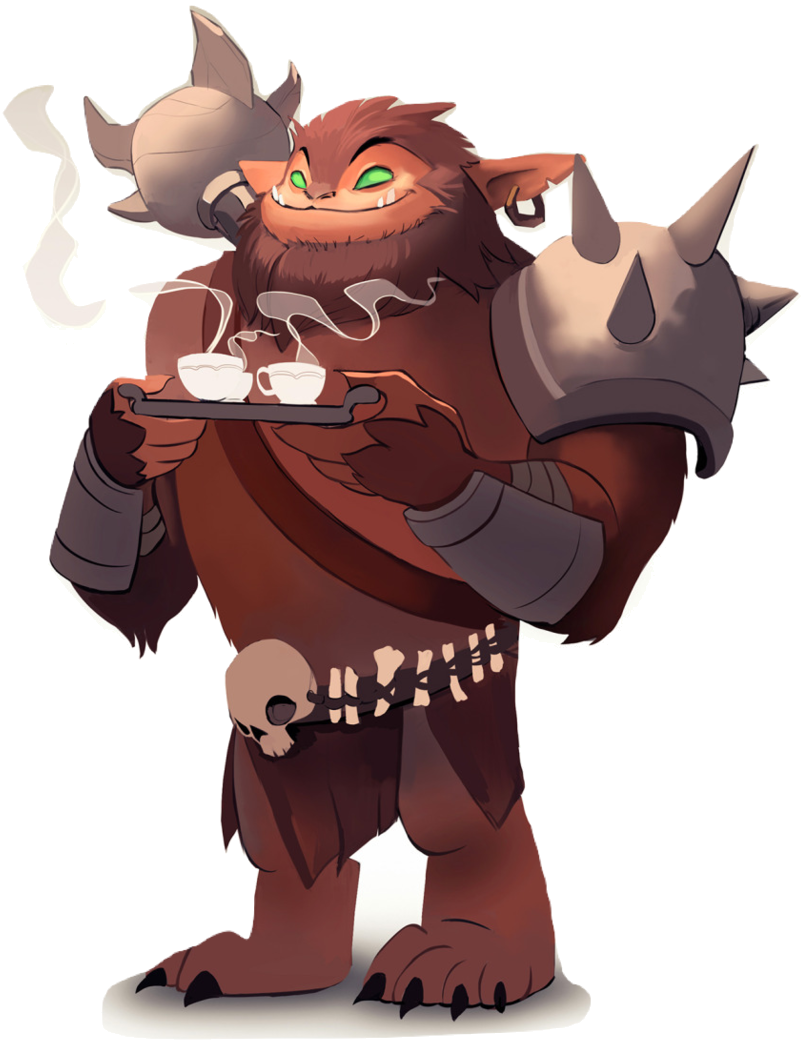 Speaking of the bugbear, Lirazel and Ellie managed to kill Klaarg with an impressive combination of guiding bolt by Lirazel which did its own damage but then caused Klaarg to glitter with a mystical dim light that seemed to help Ellie to better aim at the creature, allowing her to hit so accurately that her attack was incredibly effective. The two managed to kill the beast before I even had a chance to join in.

Unfortunately, Meldrik was attacked by Klaarg’s wolf companion, who we had much more difficulty in attacking. Meldrik was thoroughly mauled during the encounter, but once we’d dispatched the wolf we were able to stabilize him, and he should come around after a rest on our way to Phandalin.

We collected not only Sildar, also in-and-out of consciousness, but also some supplies marked with the the lion and shield emblem of Lionshield Coster. Perhaps in Phandalin we can find who they belong to.